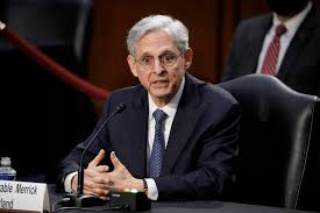 AG Garland, refuses to undergo a ethics review of his decision to investigate about possible problems between Parents of children and school boards and their members and or teachers. After repeatedly being asked to allow such an investigation. He insisted that his family and himself did not benefit from the possible did nothing with which there might be an ethics violation in regards to his actions. Basically denying he did anything that might be unethical.

Yet when further questioned he claimed no knowledge of the rape of two females in two different Loundon county schools by the same perpatrator. When informed of the Law recently enacted in VA to restrict school administrations or school boards from reporting violent incidents and or rapes or sexual assaults. When asked why he had not responded to a letter sent to him in the beginning of May of 2021 regarding this issue he stood mute as the committee members time expired.

AG Garland, repeatedly stated he had no knowledge about the male that had raped one girl in a bathroom and sodomized her. Then after being removed from that school was put in another school where he proceeded to rape another teenage girl. Now I ask you folks is this credible? Is there anyone in law enforcement in either VA, PA, MD, or DC that would possibly not have knowledge of this heinous act?

Not only that but in a DOJ Statement out of his department it was stated that In his memo he issued a directive to the FBI to conduct meetings with leaders of all levels of government in every judicial district. To stratagize against alleged trend of harrassment, intimidation, and threats of violence. He didn’t site examples to distinguish legitimate 1st Amendment activity from criminal activity nor examples to indicate a nationwide rise of criminal activity. And did not include any indication on how the FBI should go about chilling and intimidating legitimate 1st Amendment activity.

And states he has no knowledge that the meetings he demanded be made happen within 30 days as to whether they have or have not happened. He has stimigatized a legitimate 1st Amendment activity.

I would be remiss here if I did not suggest that parents assert their 1st Amendment rights and pursue their local schoolboard officials in regards to CRT and in the case of Loudon County VA the sexual assaults that have been fostered by them by their ignoring them in order to further transgendered rites in regards to access to bathrooms and locker rooms of females. All parents rally and protest those things you have grievance with your school boards.

Another New Title For Americans

Police, Fire, EMS, & Dispatchers About To Be Or Have Been Let Go Due To No Vaccination

We reside in NWFL but come from various locales through our histories. Washington DC, NOVA, Fort Bragg, NAS Pensacola, 8th and I in DC, and various other military locations.

Hello, those of us operating this site are patriotic American Citizens. Some old, some young, some military or ex-military, some politically active others only political behind the lines. But we are all of one mind, We Demand Accountability. Accountability of our military and of our civilian leaders and representatives.  Whether they be Federal, State or Local level.
We ask you to join us in this effort. It is of he utmost importance that your voice is heard demanding accountability.

You may have missed

When Society Dissolves Into Those Attacking Us And We Defending Ourselves

If Russia Ignores US Warning Against Attacking Ukraine

Another New Title For Americans